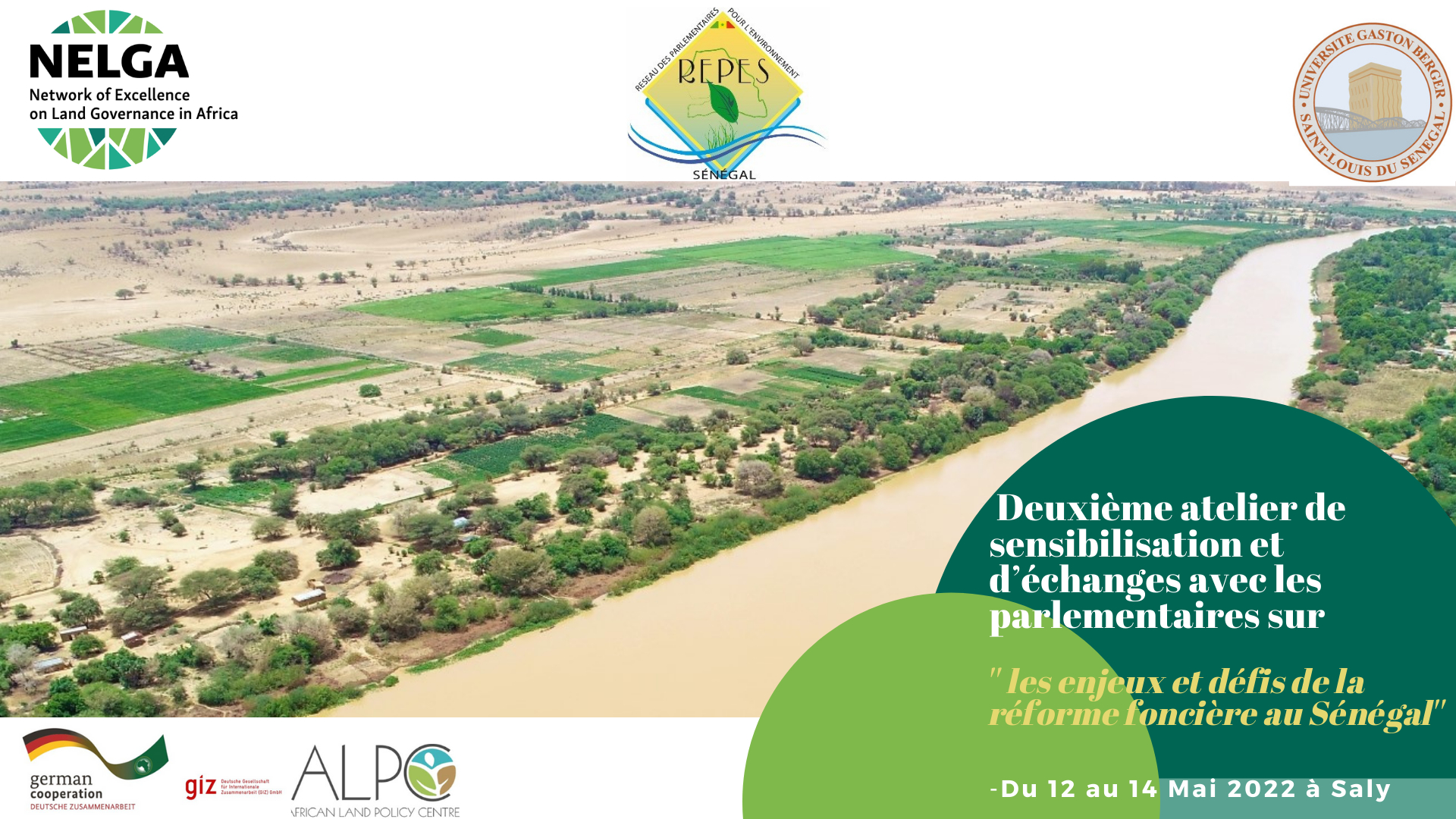 Land governance stakeholders in Dakar will meet policymakers to discuss reforms needed in the land sector based on current trends in the country. The meeting on May 12 to 14, 2022, is convened by the Network of Excellence on Land Governance in Africa (NELGA), a Francophone West Africa node that Gaston Berger University hosts. It is a follow-up meeting to a sensitization workshop held in October 2020 and calls for land reforms that promote local governance and territorial development.

The 2020 workshop initiated a dialogue between policymakers and academics on the challenges of land governance and the revival of land reform in Senegal, especially in promoting local governance and territorial development through the creation of the High Council of Territorial Communities and the recognition of new rights to citizens. These new rights coincided with the recent expansion of the powers of the National Assembly to monitor government action and evaluate public policies. At the end of the 2020 workshop, critical land governance issues that concern parliamentarians were identified, including policy and legal actions to address climate change, large-scale agricultural investments, and land conflicts. Similarly, commitments were made by the Network of Parliamentarians for the Environment in Senegal (REPES) to advocate in parliament to revive land reform processes. The meeting designed a roadmap in respect of the commitments made at the workshop.

This 2022 sensitization meeting aims to follow up on the road map and commitments made by the parliamentarians, especially in the face of the emerging issues faced by the land space since 2020. Such as the amendments to Decree 72-12 88, the Orientation Law on Sustainable Development of Territories (LOADT), and an increase in the development of land projects in Senegal as these laws and processes impact citizens’ rights to property, resources and freedoms. The 2-day workshop will feature participants from NELGA-UGB academics, REPES members, HCCT members, local elected officials, civil society, the private sector and parliamentarians. The meeting is expected to conclude with the design of a new road map to identify the next series of actions towards land governance in Senegal.

Find the concept note below.