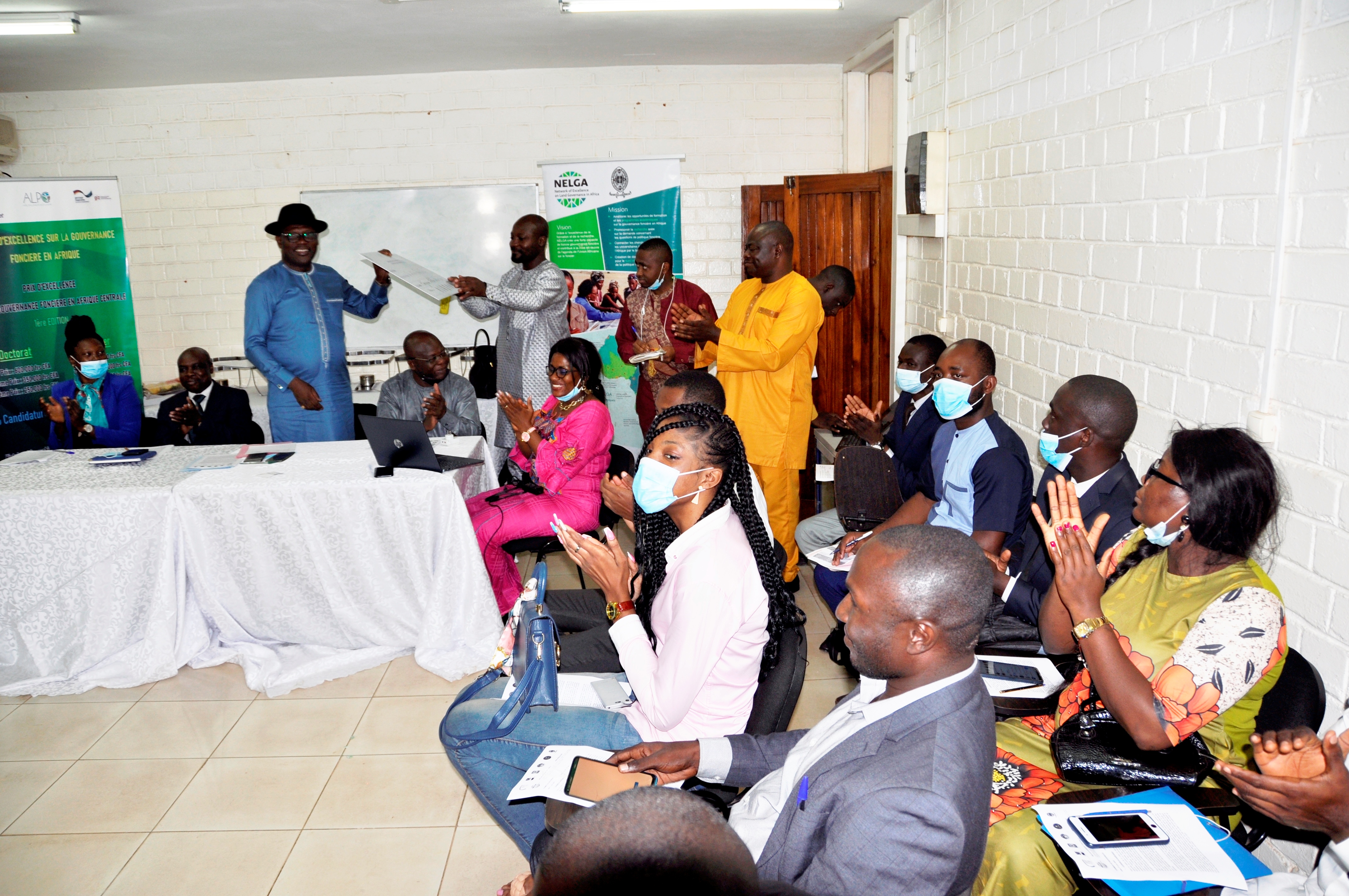 On Friday 17 June 2022, the NELGA-Central Africa piloted by the University of Yaoundé I and placed under the coordination of Professor Tchawa Paul rewarded the best in the framework of the first edition 2021-2022 of the competition for the best PHD and Master theses on land tenure in Central Africa.

This activity was part of the work plan implemented under the partnership agreement signed between NELGA-Central Africa and GIZ for the implementation of an African Union project on land governance in Africa. The competition registered forty-six applications from Cameroon, Congo, Democratic Republic of Congo, Chad, Gabon and even Senegal; eleven applicants were female. The applications were then analysed by a scientific committee made up of six university professors including geographers, sociologists and jurists. This committee analyses the candidatures based on a set of criteria among which the scientific approach, the originality of the contribution to land governance, the interdisciplinary character and the gender approach.

In front of the fifty or so participants gathered in person and remotely to experience this event, the Coordinator of the NELGA-Central Africa published the names of the six winners. Three were from the PhD theses and the other three were from the master thesis.

The winners were the following.

The PHD thesis are:

This first edition of the 2021-2022 prize-giving ceremony for the best PhD and Master theses was enhanced by the presence of eminent personalities; among them, were the Secretary-General of the Cameroonian Ministry of Lands, Cadastre and Land Affairs (MINDCAF), the Representative of the National Coordinator of the Network of Parliamentarians (REPAR), the Representative of the Agence Universitaire de la Francophonie (AUF), members of the Scientific Committee, and representatives of civil society organisations.

The themes on which the winning students worked were as follows:

In presenting the winners with their provisional cheques, Professor Tchawa Paul congratulated them on their work and called on the non-winning candidates not to be discouraged, but rather to prepare for the next edition. He also invited the students present at the ceremony to stay connected to the NELGA-Central Africa website and even to join the NELGA research WhatsApp group in order not to miss any news in the future.