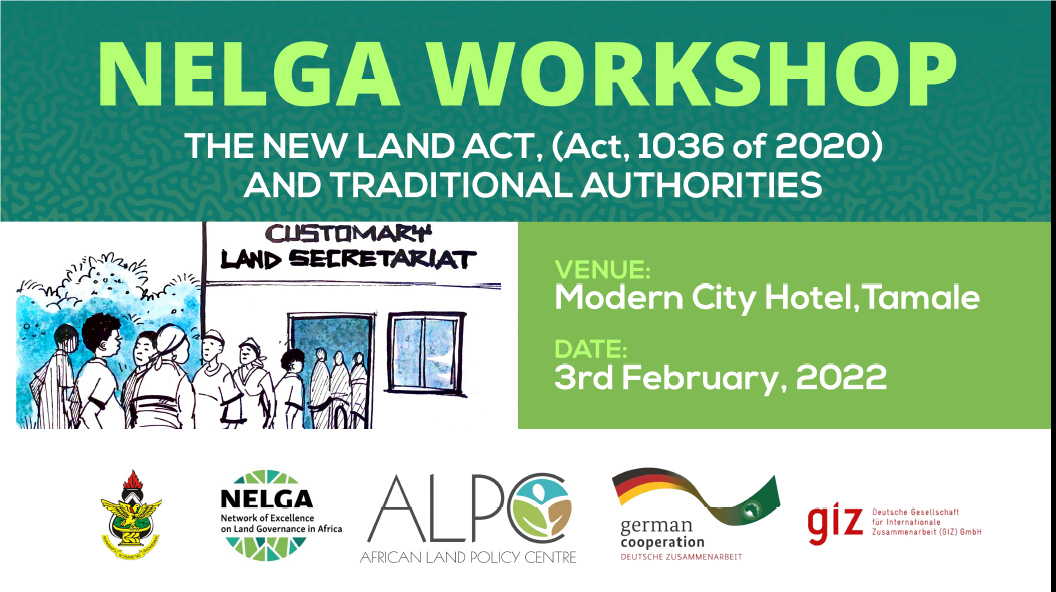 Ghana operates a dual land tenure system. There are the state system and the customary system. The state system administers about 20% of the total land in Ghana while the customary system, managed by several traditional leaders, administers the remaining 80%. This land tenure arrangement is clearly spelt out in different legislations on land, indicating that land users in Ghana could acquire land from either the state or traditional leaders. While traditional leaders have their mandate in land administration defined both in law and custom, their role is limited to the granting of various rights and interests in the land they oversee.

Traditional Leaders do not have the mandate to determine and approve land uses, nor do they manage the registration of rights and interest in land. Those functions are reserved for state agencies to perform. This means that one can negotiate and conclude an agreement for a parcel of land with a traditional leader. However, the approval for the type of use and registration of the land can only be granted by the state. The interlinkages between the functions of the state and those of traditional leaders make it necessary to have a coordination of land administration services between the two systems. Such coordination would build a stronger land tenure system that delivers secured land rights. Unfortunately, there is limited coordination between the state and the customary land tenure system, resulting in many challenges and threats to land tenure security.

The workshop will discuss both compulsory and customary land administration under the new Land Act [Act 1036] of 2020 with traditional leaders. Furthermore, to ensure a successful engagement with the traditional leaders during the meeting,  KNUST trained its research team on the MAXQDA qualitative analysis software for qualitative analysis. The research systems help scientists understand people and how social and cultural contexts influence decision-making, especially Queen Mothers regarding decisions on land within their jurisdiction. Subsequently, the research team intends to release a study that explores the role and involvement of queen mothers in the administration of land in Ghana. The study will provide informed context to queries around the participation of Queen Mothers in the administration of land and land-based decisions in four regions within mid-Ghana.