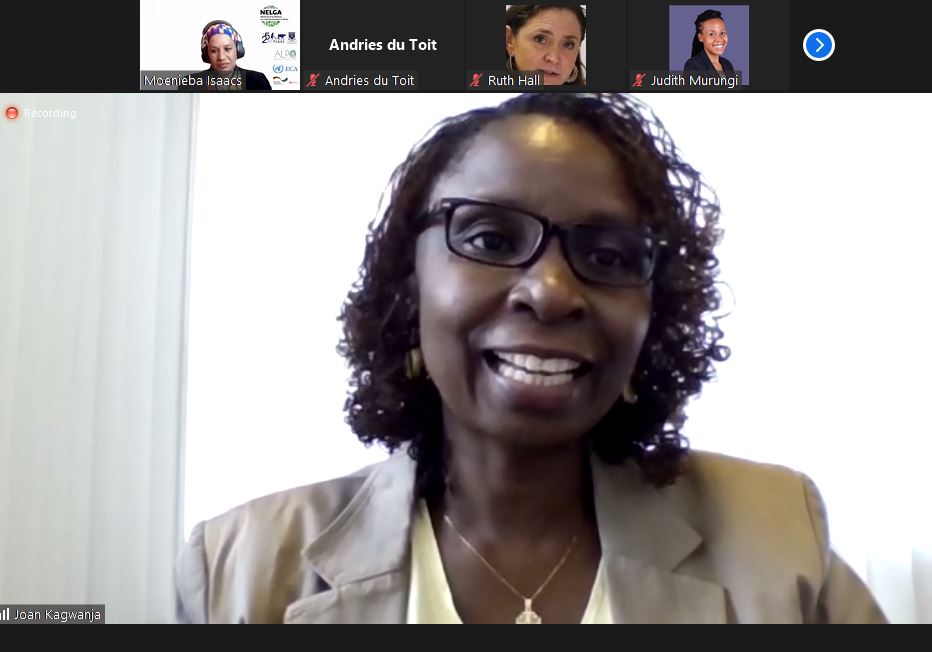 The Institute for Poverty, Land and Agrarian Studies (PLAAS) recently held a ground-breaking week-long online course on the Political Economy of Land Governance in Africa which was attended by 88 participants from 29 African countries.

The course represents a landmark achievement in the development of a major, new pan-African knowledge-production and training project helmed by PLAAS since it was chosen as a leading partner in a recently established platform sponsored by the African Union (AU) – the Network of Excellence in Land Governance (NELGA).

The five-day training which was conceptualised and developed by PLAAS as a bespoke offering for African land administration officials brought together academics and scholars from some of the continent’s leading universities and think-tanks which have been incorporated into NELGA.

In order to broaden the reach of the course, PLAAS has in previous years taken it “on the road”, offering in-situ training to land researchers, administrators, policy-makers, professionals and activists across Africa.

However, after the global Covid-19 outbreak in 2020, this was no longer feasible and PLAAS took the decision to refashion and scale-up the course for online engagement in order to continue the project’s mission, which is to produce the African land professionals of the future.

So, on 6-10 September, an online version of the course was launched at which stakeholders from governments, the private sector, academia and civil society, including a cohort of African early-career researchers, engaged in discussions on land governance on the continent directed by leading thinkers in the field.

The course, which was forged by PLAAS, the African Union’s Land Policy Centre and NELGA, with funding from the German Development Cooperation (GIZ), featured a host of seminal presentations from senior academics and researchers working in the areas of poverty, land and agrarian studies.

The training included in-depth analysis of country-specific land administration dynamics. It also adopted a pan-African focus in line with the goal of producing an activist cohort of practitioners capable of helping to implement, and inform, high-level policy deliberations made at the AU.

The programme also featured sessions on:

In broad terms, the five-day course sought to help equip the land professionals and policy-makers of the future with the skills required to strengthen land rights and governance, with a particular focus on the majority of rural and urban residents on the continent who have insecure tenure rights either in law or in practice.

The course, which is accredited by the University of the Western Cape (UWC), adopted a mixed methodology of: presentations from leaders in their field; workshops facilitated by early-career academics; and writing assignments.