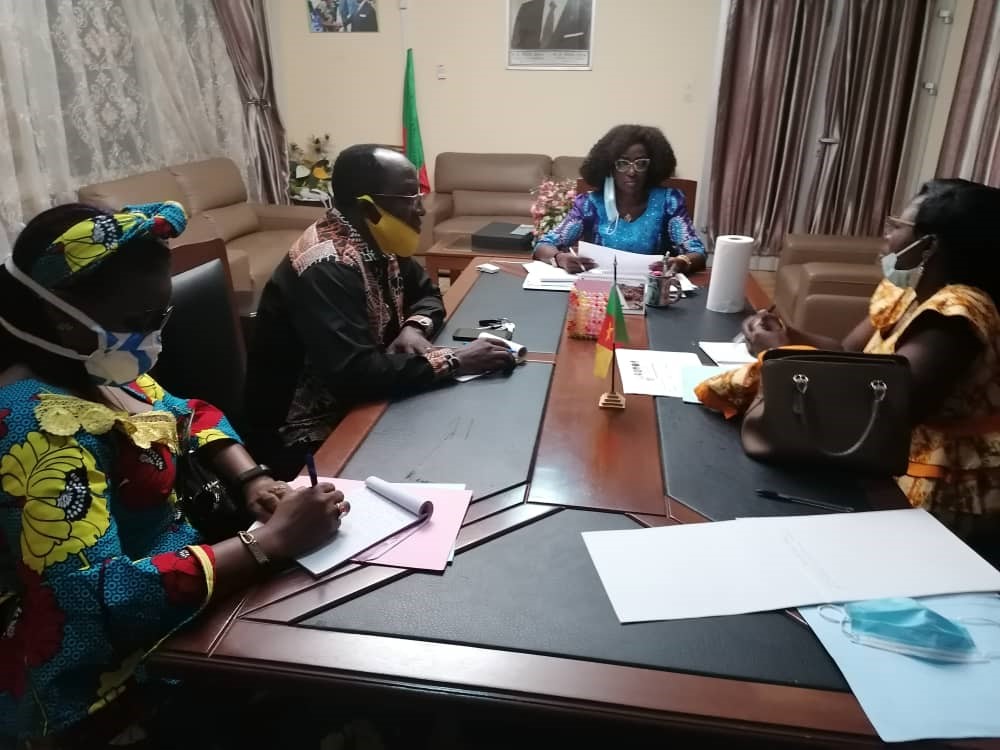 The NELGA project was officially launched in Central Africa on the 17th and 18th of January 2019 in Yaoundé, Cameroon. The first phase of the project lasted 18 months under the terms of the agreement signed between the University of Yaoundé I (as the regional node of the project) and GIZ. With GIZ planning to continue supporting this initiative, the execution of a second phase of the project is underway. Following this, the need to get more higher education institutions in Central Africa involved in the project was considered crucial. It is with this intention that NELGA organized missions to explore the possibilities of collaborations with new universities and other prospective partners both in Cameroon and other NELGA member countries in Central Africa.

The NELGA coordination team with the support of the GIZ Technical Advisor to NELGA are carrying out these missions in Cameroon. On the other hand, in countries like Chad, Gabon, CAR and DRC, the NELGA focal points will provide the lead in the consultation processes. By the end of these assignments, new universities, research institutions and other active actors working in land related sectors will be included in phase 2 of the project.

The mission to the university of Ngaoundéré in Cameroon is one of the missions that intended to explore and reflect on future collaborations between the university and the NELGA project. It had main objectives of presenting the project to the academic authorities of the University, highlighting its approach to land governance, illustrating its fields of action as well as the results of the first phase. It also focused on discussing the likely co-preparation and follow-up processes of involving the university in the second phase. Similarly, the mission intended to present various support opportunities available within the NELGA network and its partners to students currently working on land issues.

The team correspondingly met the deans and vice deans in charge of research as well as the heads of departments of the Faculties of Arts, Letters and Human Sciences, Faculties of Legal and Political Sciences, Faculties of Economics and Management. Except for the Faculty of Economics and Management that the theme is still new for, all the other faculties have courses on or related to the land tenure system in their curricula. All the Heads of Departments met expressed the desire to actively contribute to the activities of NELGA, particularly in the context of updating the curricula of the courses to align them with the directives of the African Union on land tenure in Africa. The sensitization tour ended successfully with the meeting with the Master and Doctorate students to whom offers of scholarships and mobility were presented.