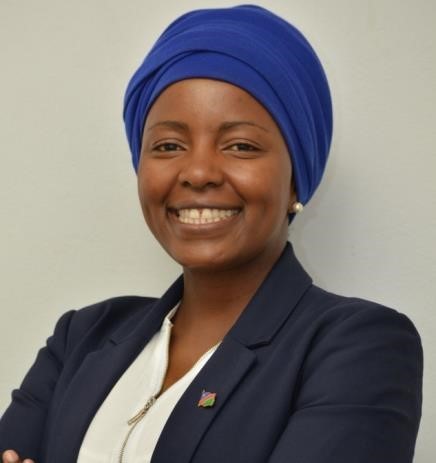 Some people are of the opinion that speaking about problems or challenges will not bring about change. There is some truth to that line of thought. However, understanding the problem and origins can be of great assistance in identifying solutions that are desired by those affected. While some parts of the world are discussing smart cities, Namibian towns are challenged with providing secure land rights to most of the urban poor. Fortunately, the urban land reform debate finally came to the forefront on the national development agenda, after the focus has been on rural areas for the past 20 years. The focus on urban land reform could influence the emergence of innovative solutions; however, there is a risk of excluding communities affected from actively participating.

The problems faced by the poor and low income who make up 40% of the urban population living in informal settlements are relevant for discussion, mainly as the poor are also important residents of the city as they contribute to vital services of the urban economy. In Namibia, like many developing countries, the poor are found at the periphery of cities, living in uncomfortable conditions with no tenure security and high anxiety caused by possibilities of eviction. Despite their challenging living environment, there is persistent exclusion of the poor in planning for upgrading. When local authorities plan, the informal settlement residents are seldom part of the discussion.

The Urban and Regional Planning Act, 5 of 2018, passed by parliament, is yet to be implemented. The Act has some promising sections for informal settlement upgrading and key among these is the provision for participation and access to land. The Act clearly states that “spatial planning must be aimed at redressing past imbalances in respect of access to land ownership and land allocation. Plus it promotes access to relevant information for the public. However, public participation methods are left to the onus of the relevant minister. This would undoubtedly create bureaucratic challenges that may perpetuate exclusion of informal settlement residents from participating in the upgrading of their communities.

It is vital for leaders in policy implementation to understand that the exclusion of residents in decisionmaking increases insecurity and prevents residents from seeking justice and legal remedy when those in positions of influence violate their rights. Rapid expansion of informal settlements and lack of service delivery in these areas is indicative of poor or no participation of residents affected in the development processes affecting their communities.

There are solutions galore from various case studies on how we can improve informal settlements at scale and at a faster pace, yet implementation becomes a challenge. The introduction and revision of planning laws to reflect the needs of the people is a step to improving land delivery and citizen participation in planning. What remains, as a bottleneck for active participation of residents in informal settlements, is a lack of political will and buy-in from planning specialists.

Lack of participatory planning delays the successful implementation of informal settlement upgrading projects. This creates a blockage to solutions that are sustainable and may lead to high social cost during implementation. The norm in planning is consultants are at the foreground during design, while residents are only consulted during the phase of construction or removal of shacks for roads and services. This may be due to how informal settlement residents are perceived; some planning practitioners see informal settlement residents as land invaders and not as people with the same rights to the city as those in formal areas. The exclusion of residents in the planning for their own settlements perpetuates discrimination and enforces powerlessness faced by the poor.

Participatory planning is not a stress-free process that takes a few months – it is a process that requires incessant community engagement, trust, and relationship building. In this process, it is vital that the possibility of development fatigue and expectation management is tackled by planning teams with residents. Moreover, it is important that those in planning and community members can find a compromise to form partnerships that be a catalyst for sustainable solutions at a low cost.During normal operations, the right to assemble and demonstrate has given residents an opportunity to have their voices heard. However, this should not be the norm. For a population of 2.5 million, understanding the issues of residents at town level should not be a challenge. One major impediment to implementing scalable solutions for informal settlements is the limited availability of dedicated professionals in local authorities dealing with informal settlements. Rather, as important as the role of community development officers are, they are “jack-of-all-trades’’, which can lead to overload. It is important for implementation of upgrading for local authorities to establish dedicated departments on informal settlements upgrading.

Every local authority embarking on the upgrading of informal settlements ought to consider the inhabitants as primary partners, who can share their local knowledge that could affect the speed and cost of projects. For successful project implementation, the residents of informal settlements need to have access to relevant information on how the public process for budgeting, planning and decisions concerning housing provision are made within the government. The time for using facilitators that understand the importance of participation and have patience for communities is now more vital than before. Participatory upgrading is not an easy process at the start; it requires patience, good communication skills and knowledge of the local context.

To empower communities, it is vital that information sharing, and participation is encouraged. This should not only happen during elections, but throughout the whole process of urban policy development. People in informal settlements may be poor due to their economic status; however, many do have a wealth of ideas on how they can improve their communities. Every town planning office should find means to harness this wealth, and participatory planning is the starting point.

Ms. Menare Royal Mabakeng is a junior lecturer in the Land and Property Sciences Department at the Namibia University of Science and Technology (NUST), with a main research interest in fit for purpose land administration. She writes in her personal capacity.

NELGA is a partnership of African universities & research institutions with proven leadership in education, training & research on land governance

#LetsAsktheExperts Do you have questions related t

Despite the terrible effects of COVID 19 in #South

The lack of transparency and openness in land info

There has been a problem with your Instagram Feed.